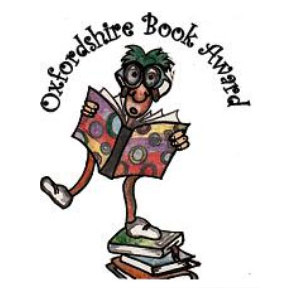 The Rain made the Oxfordshire Book Award shortlist!

Brilliant news! I am so honoured and so thrilled to be included because ONLY young people vote in the OBA . . . and I was once a young person of Oxfordshire myself:

I grew up in Abingdon. Here’s the story of that in pictures: 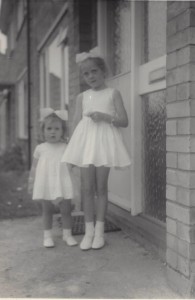 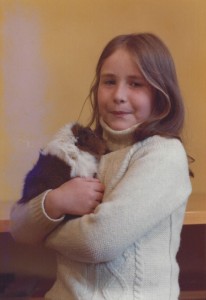 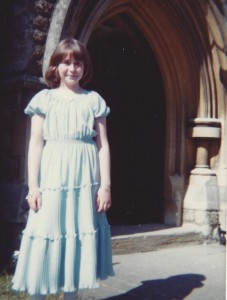 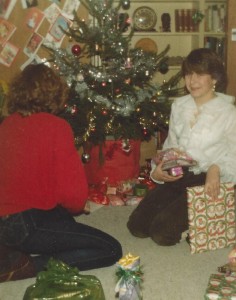 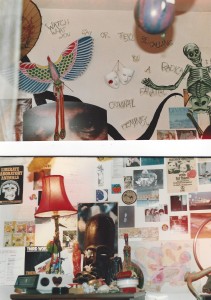 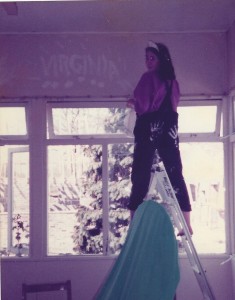 From my sister’s First Holy Communion (I’m on the left; they called me Droopy Drawers) – right through to my first and most beloved pet, that 70’s-look outside St Edmund’s Church (I was at St Edmund’s School), New Romantic teen phase (Fitzharrys School), superb teen bedroom (until someone tells me otherwise, I suspect I am the ONLY teen – ever! – to combine Supertramp lyrics with feminism) . . . and, finally, when I left home at 17 . . . and lived in a disused classroom me and my friends called ‘The Bat Pad’. By then I was at Oxford College of Further Education doing A-levels . . . when I remembered to go. I messed up (BIG TIME), I almost got kicked out, I had to start new subjects . . .

All I wanted to do was write stories, but that wasn’t an exam option back then . . . but . . . maybe that doesn’t matter?

Ruby would say I need a conclusion. My conclusion would be: if you want to write, write. Follow your heart.

So there you have it: an Oxfordshire childhood. I never, ever, would have believed that a story I wrote would be featured in the Abingdon Herald.