I’m so very happy to share the news: Who Runs the World? has won the 2017 Tiptree Award.

It is such a huge honour that my novel was chosen as winner from such an incredible international longlist.

Who Runs the World? (to be published as The XY by Sourcebooks in the US) was such a tricky book to write. I worried over every sentence. I worried about what the story was saying, and how it was saying it. Riddled with self-doubt and anxiety, I pressed on . . . not because I felt I had grand answers to big questions, but because I wanted to explore.

And when I had finished, I didn’t feel completely at ease with the story. The issue of gender is too complex to be wrangled into a neat beginning-middle-end. But I knew I had tried, and tried hard.

The James Tiptree, Jr Award is intended to encourage ‘the exploration and expansion of gender’. That is what I set out to do. To have this recognised by the jury is a wonderful and amazing thing to me. I am extremely grateful.

And . . . they’ve invited me to WisCon to receive the Award! 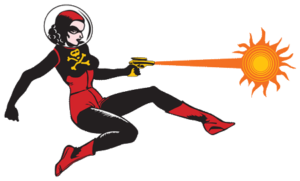 None of this would have happened without – well, a lot of things, and a lot of people. But I want to send special thanks to my agent, Louise Lamont at LBA Books, for pushing me to imagine this story, to my editor Rachel Petty at Macmillan for support and encouragement . . . and to the dynamic Cheryl Morgan, whose incredible ability to listen, think and engage meant a chance meeting gave my book the opportunity to be considered for this Award.